Preamble to the United States Constitution

We the People of the United States, in Order to form a more perfect Union, establish Justice, insure domestic Tranquility, provide for the common defence, promote the general Welfare, and secure the Blessings of Liberty to ourselves and our Posterity, do ordain and establish this Constitution for the United States of America. 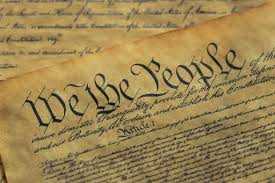 I have always felt the most important and most beautiful three word in the entire United States Constitution, maybe even in the history of this great nation, are the first three, WE THE PEOPLE. Everything our country is about is right there in those three words. Everything our country was forged and fought for is right there in those three words. It is ALL about WE THE PEOPLE.

It is not the We the Three Branches of Government (which is the way our elected folk in Washington, DC have grown to think). It is not the We the Corporations of America (or whichever foreign entity own the majority shares.) It is not about one race, one group or one religion. It is not about landowners, homeless, rich, poor, smart, stupid, tall, short, incredibly sexy or incredibly unattractive. It is WE THE PEOPLE!

In the late 1700’s The Founding Fathers said WE THE PEOPLE and they damn well meant WE THE PEOPLE. After fighting and arguing for years to write the Constitution, these men truly understood the power of the collective, the power of WE THE PEOPLE. They knew, even all those years ago, that whatever changes and problems arise in technology, society and policy, WE THE PEOPLE OF THE UNITED STATES can fight through these and wind up a greater nation. They did not say it would be easy (take the Civil War, for example), but if we stand together and work together for the common good, we will emerge tall and proud.

The Founding Fathers were perhaps the greatest collective intellect in the history of modern civilization. They knew what the hell they were talking about. So we, the 2010 (and 2015) version of Americans, should swallow our excessive pride, boot our empty arrogance to the curb, heed the advice of the Founding Fathers and get back to the basics of WE THE PEOPLE. 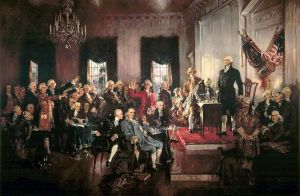