I’ve had a lot of my athletes go pro. Seriously, look it up. It’s absolutely true.

It’s just that none of them have gone pro playing sports.

They are professionals, nonetheless.

They are successes in their own stories.  They make me proud to have been their coach. No win, no matter how big it seemed at the time, matches the joy of observing these young men as husbands, fathers, and fine adult citizens.

Sports are great. Enjoy them while you still have the opportunity to participate. Compete within yourself to be the best you that you can be. But, please, please, please, never forget sports are a first step in your developing life, not the last step.

It gets better from here. I know this may be hard to believe, but it’s true.

Trust me on this one, kids.

Welcome to the Autumnal Equinox. We have turned the corner, left summer behind, and on the horizon looms Winter. In celebration of this fine season, which brings us football, school, the World Series, changing leaves, and Halloween, here is one of my favorite passages from one of my favorite books by one of my favorite authors. Happy Autumn!

From SOMETHING WICKED THIS WAY COMES by Ray Bradbury

“For some, autumn comes early, stays late through life where October follows September and November touches October and then instead of December and Christ’s birth, there is no Bethlehem Star, no rejoicing, but September comes again and old October and so on down the years, with no winter, spring, or revivifying summer. For these beings, fall is the ever normal season, the only weather, there be no choice beyond.

Where do they come from?

Where do they go?

Does blood stir their veins?

No: the night wind.

What ticks in their head?

What speaks from their mouth?

What sees from their eye?

What hears with their ear?

The abyss between the stars. They sift the human storm for souls, eat flesh of reason, fill tombs with sinners. They frenzy forth. In gusts they beetle-scurry, creep, thread, filter, motion, make all moons sullen, and surely cloud all clear-run waters. The spider-web hears them, trembles—breaks.

Such are the autumn people. 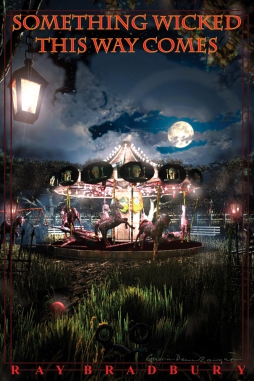 Sometimes I speak my sports mind.

Sometimes I tell people the “truth” on sports as I see it.

Sometimes this gets me in trouble.

Recently, I was asked at our youth baseball association meeting if I was excited as a former high school level coach to see all these local kids playing youth club baseball. I thought for a moment, looked at the floor trying to think of a politically correct way to answer this question.

I couldn’t—so I spoke the sports truth, “Yes…and NO!”

“Yes” because it’s great to see kids playing baseball, but “NO!” because I don’t think you should ever approach youth baseball for the purpose of someday having your dozen or so kids all becoming high school stars.

Eyes widened. Jaws fell open. I quickly tried to elaborate that, as I high school level coach, I’d prefer to see kids enter the high school program armed primarily with a love for the sport and the ability to throw and catch. There will be attrition. Even in the best case scenario, only about half of those dozen kids who play on a youth team will probably still be playing in their later high school days.

Kids will change, their bodies will grow and shift by the time they reach high school. If a kid has that love and passion for the game, I can teach them (or re-teach them) as they enter the high school program and mold them into the players best suited for their skill set. These kids will put the hours of hard work needed to be a solid player. They will use their love of the game to push through tough times and tough situations to get better every day.

That is what I want to see out of a youth sports program. Help kids love the sport, teach them the basic fundamentals of the sport, and give them the basic skills tool set to be successful. All the other pieces of the puzzle will fall into place with hard work and repetition.

Youth sports are not a minor league for high schools. The two bottom things on the list of priorities for a youth sports program are the emphasis on winning above development and a philosophy of making future high school stars. Most of the problems that grow out of youth sports are rooted in these two negative prioritizations. The “burnout” problem so often discussed as a major problem with youth sports most often grows out of these two philosophical approaches.

Above all else, youth sports need to teach kids to enjoy the sport and the opportunity to play.

Play hard and have fun!

I wrote the blog post, Football is NOT Life, in 2010. I re-post it every year at the start of the season as a reminder to myself and to you. When first published, I was two years out of my bad breakup with football coaching. The obsession with coaching the sport was waning and life, my real, actual life was beginning to seep back into its position of dominance in my psyche. It’s hard to explain if you’ve never experienced it. Football coaching— coaching, in general—has a tendency to take over the way one thinks.

Everybody wants to win, it is written in the marrow of our bones. However, not everybody can win and we need to remind ourselves there are worse things in life than losing a game of football, no matter how much it hurts.

Respect the kids and respect the coaches. Parents, be your child’s biggest fan, not their biggest critic. Respect the work and effort everyone invests, no matter how disappointing the outcome is. Use games and sports to build character in our young people, not to expose poor character.

Please read this post and think about it.  If it helps, then pass it on to the next person before we adults take all the fun out of this great game.

FOOTBALL IS NOT LIFE

I know this may sound highly irrational and maybe even a bit hypocritical coming from me, but contrary to what the t-shirts say, FOOTBALL IS NOT LIFE!.

Football can be like a package of Oreos, both need to be consumed in moderation.  You’ve been there, you opened the package of Oreos and left it out on the counter.  Sooner, rather than later, the whole package is gone and you don’t feel so good.  But if you open that package and only take a couple of Oreos and place the package in the cupboard for a later date, they not only taste spectacular, but last and satisfy for days upon days.  Football is not life.  It should be taken in moderation and/or with a tall glass of milk, (preferably 1% or skim).

I think Coach Paul Lane said it best with his prioritization of the sport,

“Faith, family, and football is a game we are lucky enough to play.”

Football is important to me.  But football is not life.  Let’s work to keep football in its proper perspective and place. I would hate for you to get a football belly-ache. 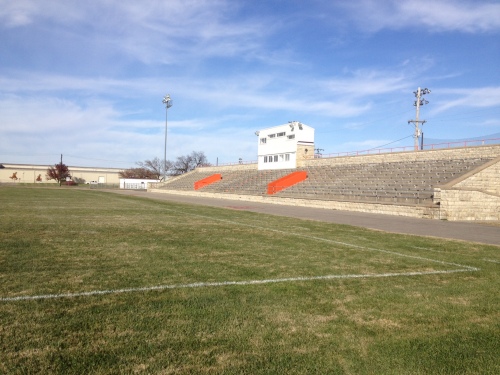