We know all about the American Revolution, right? Did not we dashing, young American children learn every important date, battle, and character of our nation’s fight for independence from British tyranny?

We are such bright children. We know about the Boston Tea Party, Washington crossing the Potomac, and Jefferson and the Founding Father’s passionate Declaration of Independence. I bet most of us can recite the first line of Paul Revere’s Ride (which is probably the only thing besides his name we know of Henry Wadsworth Longfellow).

Though all these things sit prominently in the psyche of the American-educated child, they are not the things at the core of our struggle for independence in 1776. As is common in history, recorded history is in the eyes of the recorder—the information deemed vital usually results in making one group look like heroes while making another, antagonistic group look like pure evil.

My interest in this subject was prompted recently by the intersection of the PBS Hamilton Documentary, the 2016 Presidential Election, and background research of the Wyandot Indian Tribe of Kansas for a book I’m working on. Through all this information, I’ve discovered a fact that should really not be such a surprise, but it still hit me like a bat to the head.

Our Founding Fathers were imperfect human beings. The people who run our modern country are imperfect human beings. There exists both a good side and a dark side to our national heroes. Take Thomas Jefferson for example. Jefferson wrote “We hold these truths to be self-evident, that all men are created equal…” in the Declaration of Independence and then went home to the slaves he owned on his Monticello plantation.

Well, maybe not officially but that was the year the bellwether event that instigated the colonies to eventually declare their freedom occurred. On October 7, 1763, triggered by the loss of many strategic forts in the Ohio Valley that year to a loosely bound confederation of Indian tribes led by the Odawa leader, Pontiac, King George III issued the Royal Proclamation of 1763. After obtaining the land west of the Appalachian Mountains as part of their victory over the French in the French and Indian War, Great Britain attempted to appease and stop further confrontation with the Native tribes of the Ohio Valley, outlawed white settlement in those regions. The white British colonists were furious. King George III, sitting on his throne an ocean away, outlawed their expansion to the prime real estate of the frontier.

Taxation without representation and freedom from tyranny are just a few examples we were given in history class as directly leading to the Revolution. These, however, seem to take a back seat to the accumulation of wealth emphasis by the colonists. They looked out over all those raw resources available in the new world and wanted them. Things really weren’t much different then than what we see today in America. Economics, especially lassoing as many of this new continent’s economic resources into one’s own possession, played an equal or greater role than the altruistic fight for our freedom from the oppression of King George III.

1776 was just the culmination of 13 years of frustration in the New World. 13 long years of watching the ripe apple just sit there on the western frontier inhabited by the “uncivilized” Native tribes.

History. It’s much more fascinating when we step behind the curtain and get a look at the mechanisms behind the singular event. 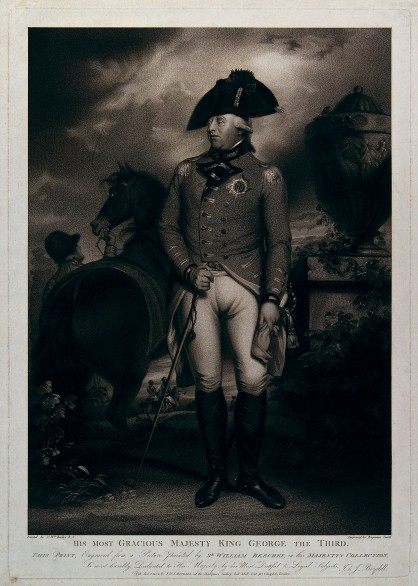