I had the honor of speaking to the Clay Center Community High School during their ELA Writing Week. It was a blast! Great kids, awesome teachers, and exceptional administrative/building support for this project. I was truly impressed. My presentation was on the power of story. I hope the students learned something and at the very least enjoyed viewing the first significant snowfall of the year through the CCCHS Library windows.

As is my custom, I prepared more than I had time for. (It’s an old habit from my coaching days where I vowed never to run out of things to do when dealing with teenagers. Keep them busy, keep them engaged, and don’t ever get caught with nothing.) So, as promised, I’m posting the second writing exercise we didn’t have time to do in any of the eight presentations hours.

The Judgement of Osiris

In the Egyptian Book of the Dead, it says that after a person died their soul was led to the Hall of Truth, where their soul was judged. There, their heart would be weighed by Anubis, the jackal-headed god of judgment, on the great golden scale against the white feather of Ma’at. The judgment would be witnessed and recorded by Thoth, the god of wisdom and writing. If the deceased’s heart weighed more than the feather, it was fed to Ammit (The Gobbler, The Eater of Souls, The Bone Eater), a horrific beast with the head of a crocodile, the body of a lion, and the hind end of a hippopotamus.) If the heart was lighter than the feather of Ma’at, the deceased would be led by Horus, the falcon-headed god of the sun and sky, to stand final judgment in front of Osiris, the god of the afterlife, the Egyptian King of Eternity. Osiris would approve the final judgment and send the soul to the Field of Reeds, an afterlife with eternal bliss.

The Egyptians believed in the philosophy of Ma’at, that is represented by the goddess Ma’at and her white feather. The Egyptians believed the soul resided in one’s heart. The philosophy of Ma’at meant to live with balance, justice, and harmony, If one lived by these philosophies, the heart would be light and spent out at the end of life. If not, the heart (soul) would be burdened and heavy at the end of life. Having one’s heart devoured by Ammit meant the soul would cease to exist, the worst fate an Egyptian could imagine.

Your writer’s mission is to:

Some things to consider:

CCCHHS students and staff – Thanks again for a wonderful day of talking words and story. Keep up the good work! 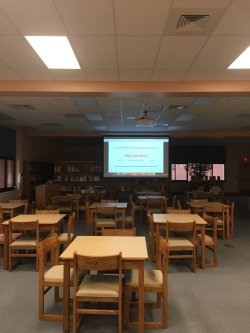 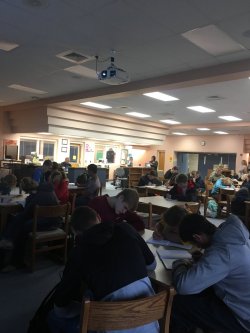