I read an article about a 6’ 8” college basketball player who decided this spring to switch and play football at the same college. The football coaches were working to refine his big man basketball skills toward the goal of being an offensive tackle. It was a very interesting article and kind of reinforced my belief there are certain common physical movements which exist between sports.

The head football coach made a comment that the staff didn’t mind working with such a green athletes because many of their actual football recruits also show up with no, or very little, fundamental technical skill from the high school level. I about choked. It made me mad at first, but then I remembered how many times over the past five or so years I’ve noticed this lack of fundamentals in action at high school football games I’ve watched.

How can this be? Is teaching solid technical proficiency becoming a lost coaching art?

Fundamental technique is the building block on which winning programs are built. In baseball and football coaching, everything, for me, revolved around developing solid technical skills. Being sound technical offensive and defensive linemen allowed us to overcome a general lack of size, speed, and athleticism in order to compete almost every time we stepped on the field.

Years ago, one rival baseball coach asked me once how it was that our kids all seemed to be able to drive the ball on the line to all fields. I told him the truth. I told him we teach front-hand hitting technique and every, single thing we do in practice, in the cage and on the field is geared toward developing a consistent technical swing. He looked at me like I was nuts, shook his head and laughed as he walked back to his dugout.

At football coaching clinics, I always got a kick out of the “progressive” coaches who talked nothing but schemes and theories while laughing behind the old, highly successful coaches who talked about fundamentals and drills and perfection. Simple science.

Perhaps it is too simple for some to understand.

It is not magic.

It is not simply innate ability.

It is hard work. And teaching. And holding the line. And being strict. And demanding. And sometimes being completely unlikeable to the players.

It is pushing to get better every day.

Technique matters. It’s not sexy or shiny or going to make a big splash, but…

It gives you an advantage. Good fundamental technique and good preparation give the advantage of an extra step. In sports, even at the lowly high school level, this single step can be the difference between winning and losing. Being fundamentally sound gives your team the edge over an opponent of equal or lesser quality and levels the playing field somewhat against a superior opponent.

Make the commitment. Get technical and get better. 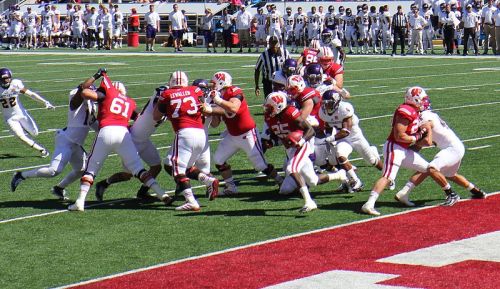 By Royalbroil (Own work) [CC BY-SA 3.0 (http://creativecommons.org/licenses/by-sa/3.0)%5D, via Wikimedia Commons