This quote from Coach Vince Lombardi sat at the top of every Clay Center Community High School summer conditioning, winter conditioning, and baseball offseason workout sheet I put into the world. You want to know what sits at the core of my parenting, coaching, working, writing, and life philosophies? It’s pretty much all in that quote (Plus, I’d add “smile and try to be nice” in there somewhere).

If you’re a regular reader of The Coach Hays blog, you might wonder what sort of burr attached itself to Hays’ backside to get him so worked up about competing and winning and losing. I owe you at least that since you’re taking a few minutes of your valuable time to read this.

Here’s the deal. A week or so, I ran into a young man who is going to be a freshman next year. I asked him if he was excited about summer conditioning and being a part of the high school program. He said he was but that he was very nervous. I told him that was okay. It’s good to be nervous because it means you care enough to want to do a good job. He looked at me sideways and provided the classic and wise response of a rising eighth grader, “Whatever…”

I ignored the lack of enthusiasm in his response and continued on to ask how many in his class were going to play. He paused, counted the fingers on one hand and deftly moved to count the fingers on the other. Half expecting either the right shoe or the left to be shed next, he answered, “I think there’s only going to be about six.”

He answered in the affirmative, although taking a step away from me slightly shocked at the intensity in my response.

I took a few deep breaths and asked him why so few.

For the record, I can live with just about any excuse for not wanting to play a sport or participate in an activity. Everyone has their own interests, likes, and dislikes. Football, especially, is not for everyone. I’m honestly and truthfully a supporter of kids doing what they enjoy. If there are only six kids who want to do the work and enjoy playing the game the right way, so be it. But this excuse I heard sucked the life out of me.

It made my coaching heart hurt to hear this.

What was left out of the youth sports experience for these kids? Did they not experience or learn the joy of sports lies in the joy of competing? Where is the system did they not learn that failure is part of becoming a “winner”.

Somewhere along the line, did these kids miss playing in such an environment? If so, I don’t know where or when or who. It doesn’t matter. There are no fingers that need to be pointed. All that matters is these situations is that it can be changed in an instant. A coach or a parent or a program director can change the philosophy from a pure win/lose focus to one where the focus in on getting better every day by being challenged every day.

Failure is all part of the process of achieving success. Dream big, fail, regroup, work, and try again. Repeat until you succeed and then dream bigger.

My hope and my expectation are that these dozen or so young athletes will eventually change their mind and continue to participate in football next fall. My advice to them is to give it a try and get past the fear of the unknown that comes with a big life change from middle school to high school.

Coaches, parents, and athletes. It’s up to you to make things better.

Winning is not a sometime thing; it’s an all the time thing.

Winning is a habit.

Develop good habits and good things will happen. Keep the focus on improvement, not W’s and L’s. In the end, if you learn just this one thing from sports, you will be a winner…no matter what your won-loss record was. 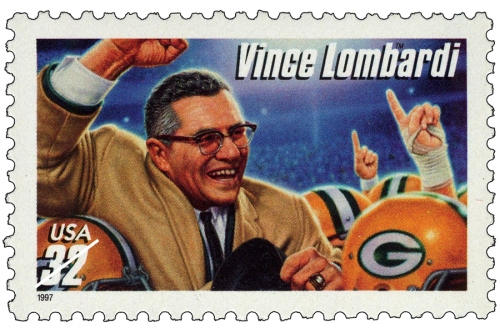