I had this recurring dream about showing up to the locker room one day and meeting the principal at the coach’s office door. No, I was not in trouble so this wasn’t the usual administrative nightmare which, in all actuality, was my coaching reality. In my dream, the principal is standing at the office door to introduce me to the strapping athlete at his side, who just happened to transfer to our school. A Brian Urlacher-type. Ready-made out of the box ready to step on the field and dominate.

But this never happened. Sure we had our share of kids transfer in, but none of them ever was a Division I caliber athlete.

The mythology of the transfer student.

The mythology of “fully formed” is just that…a myth.

Even in the writing game, nothing starts fully formed. An idea becomes a sentence, the sentence becomes a paragraph, the paragraphs become chapters, and the chapters become a draft. The draft is chopped up and reworked, and then polished to a shine. Next, trusted people read it, suggest changes, and the whole process repeats itself until the book is fully formed.

Nothing is fully formed out of the box.

When I was just starting out in coaching, I used to grump and griff around that the new kids coming into the program didn’t already know the things I wanted them to know. I’d get frustrated when the kids couldn’t do the things I thought they should do.

I was an idiot.

I would grumble out loud, but Mrs. Hays would point out, “If those kids already knew everything, they wouldn’t need to pay you now, would they?”

That’s why he was such a good head coach and mentor.

Done right with a developmental approach, though, and fully formed can walk out your door.

Developing athletes is a sports coach’s #1 job. It truly is why they pay us.

Developing athletes is the key to success. Make the kids who walk through your door the best they can be. Help them realize their potential and their dreams.

Send them away at the end of their time with you as  fully formed as you can make them. 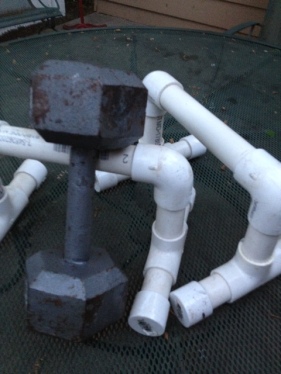