Tag Archives: All the anwers

Why did we have to stand around for 2/3 of practice instead of doing something?

Why did we do basketball shooting drills where almost all the shots we practiced were shots we would never shoot in a game?

Why didn’t we occasionally pass when we had a speed advantage and the defense stacking 9 in the box against our wishbone offense?

Of course, I never said these things to my coaches. I just thought about them. And if I couldn’t work out an answer, my interest and enthusiasm waned. I turned into a sports zombie merely going through the motions on a day to day basis.

I learned a good lesson from these experiences. Experiences that I incorporated years later from day one in my accidental coaching career. That lesson?

If you want everybody on the same page, everybody needs to know what page it is and what’s on that page.

I probably learned this from my earliest football experiences. I was fortunate to play CYO football for Don Stump, whose son was in my grade at Christ The King school. Mr. Stump worked as an administrator at the local community college at the time but had a long career teaching and coaching high school football. Dave Palcher, the assistant coach, was our line coach. Both men told us what we were doing and why we were doing it in a simple and clear manner. Mr. Palcher was especially good with us linemen. Using only an ancient, stuffed, probably about fifth hand blocking dummy, he taught us the importance of why we need to put our foot here and our helmet there and keep the feet moving each and every practice. The basics taught in those blocking and tackling drills still live in my head today. Those “why”s and “how”s still survive in my head today and were a part of every practice I coached.

The bottom line is: Players (and fellow coaches!) are more locked in when they know the basic information of why you’re doing what you are doing. Locked in players (and coaches!) buy into their roles and take more pride in their jobs.

Today, probably more than ever, kids crave answers. In sports, they want to know if the things you are asking them to do matter. No, you don’t have to justify everything you do as a coach but you do need to communicate the reasoning behind your choices. The players need to know you’re not wasting their time. Time is precious even to a teenager.

A coach doesn’t need the perfect answer during a timeout with 1:30 left on the clock and your defense trying to protect a four-point lead against an opponent with all the momentum on their side. During that timeout, the coach must provide an answer. The players need it. They need an answer they can grab ahold of and rally behind. As I said, it doesn’t have to be perfect, it just has to be logical, presented with complete confidence, and be something besides, “TRY HARDER!!!!”

Want to be a more effective coach?

Put everyone on the same page. And keep them there.

Respect the players in your program enough to allow them into the hive mind.

Maybe most important, know why you are doing what you do. Everything you do must have a purpose. Don’t do something just because a book, video, or that college coaching camp you went to last year told you to. Do everything with a purpose for your players and your program.

You should know and be able to communicate that purpose within the organization.

If you can’t write down a specific purpose or goal of everything you do on and off the field, either do the research to figure out why or toss it. Don’t just tell your noseguard he has A-gap. Tell your noseguard he has to get his hip into A-gap and lockout square not allowing a single, double, or triple-team block to move you out of that gap YOU OWN.

Players in your program might not be Rhodes Scholars, but they aren’t stupid. Trust them and they’ll trust you. Before they buy into what you are trying to do, they need to know what they’re buying. Knowledge is power—and powerful.

Never forget, if you want everybody on the same page, everybody needs to know what page it is and what’s on that page. 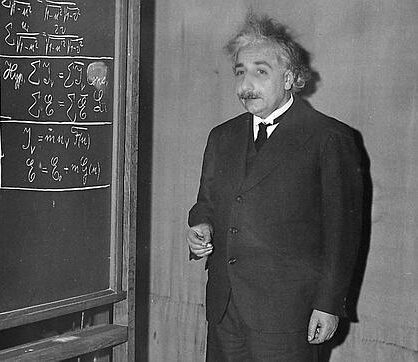